The primary mission of OB-STATS is to provide statistical and epidemiological consultation services to researchers who are conducting clinical research projects.

OB-STATS also offers other services as below.

We also offer scientific manuscript editing services for any individual writing a paper for publication. While we offer editing services to anyone, we specialize in working with those whose first language is not English.

Developing education content for CE/CME credit is another service that OB-STATS offers. The President and CEO of OB-STATS has earned both an MD and a PhD, and has extensive experience in the field as well as extensive experience doing research. The content has also been planned and implemented in accordance with the Essential Areas and Policies of the Accreditation Council for Continuing Medical Education. Current educational content developed by Dr. Howard consists of the web-based course “How to do a Research Project” and his book “How to do a Research Project.”

The Compassionate Obstetrician is a federally recognized non-profit(501C3) meaning that any contributions made to the foundation is fully deductible in federal tax returns as a charitable contribution.

In the inaugural year, 2018, the main focus for this non-profit is homeless women living in shelters. 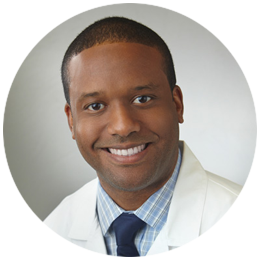 Dr. David Howard was originally born in Jamaica and immigrated to the U.S. at the age of eighteen. He received his Bachelor of Arts in Psychology from the Johns Hopkins University and then pursued his Md and PhD in Epidemiology through the Medical Scientist Training Program at the Johns Hopkins School of Medicine. He completed an internship at the New York Presbyterian Hospital followed by a residency in Obstetrics and Gynecology at the University of Missouri-Kansas City. He also completed a post-doctoral fellowship in Epidemiology at the University of North Carolina Chapel Hill. He is currently a Board Certified Obstetrics/Gynecology Specialist practicing in Las Vegas, Nevada, and is affiliated with several different hospitals in the area.

In addition to caring for his patients, Dr. Howard is passionate about research. He has authored/co-authored several publications as well as written his own book How to do a Research Project. He is a reviewer for several different OBGYN journals including Obstetrics and Gynecology, the Journal of Minimally Invasive Gynecology, and the Journal of Pediatric and Adolescent Gynecology. In addition, he has officially been named a Fellow of the American College of Obstetricians and Gynecologists (FACOG).

Dr. Howard was voted as being among the top 10% of scientific reviewers for Obstetrics and Gynecology, the highest ranked journal in the field in the United States. Dr. Howard’s passion for medicine and research led him to the creation of OB-STATS whose mission is to provide statistical and epidemiological consultation services to researchers. 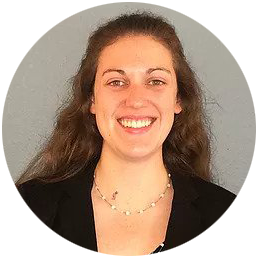 Jasmine Hankey is a freelance copy editor working out of Reno, NV. She studied technical and professional writing as an undergraduate at the University of Idaho and recently graduated from the University of Nevada, Reno, with a Master of Arts in English Literature, where she taught introductory English courses for two years.

Currently, Jasmine edits scholarly manuscripts and other documents for publication, volunteers tutoring second language learners, and continues to pursue her academic interests in her spare time.

Shelby Nelson graduated from Luther College in Decorah, IA in 2015 with a Bachelor of Arts degree in Communication Studies and Art. While a student at Luther, she worked in the Web Content Bureau and stayed on for a fellowship after graduating. She has experience in content management, marketing, and graphic design. She now lives in Minneapolis, MN and is an Executive Assistant at COCO Coworking.

Compare OB-STATS To Its Competitors